When I used to railfan with a scanner, we used to listen to the talking detectors nearby to know when the trains were on their way.  There is one about 8 1/2 miles east of me but just off the visible portion of my layout.  There is one west of Santa Barbara that is on my layout.  It is located at milepost 366.3. Boulder Creek Engineering (http://www.bouldercreekengineering.com/) produces a talking detector.  A friend, Jon Cure, has one on his SP Inyo Sub layout.  Another friend Jim Ferenc is the proprietor of Boulder Creek Engineering, so I decided to purchase one and install it.

I ordered it and it was to me in a couple days.  I installed it in an evening and had it working when the local model railroad club came (see previous post).

I followed the directions, installing the two detectors by removing a single tie and a section of the roadbed below to allow for the LED to pass under both rails.  The circuit board could be mounted on one of the cross members at the end of the L-girder benchwork.  In order to work the detector needs a speaker.  It can drive a small 8-ohm speaker but also has an 1/8" connection for powered speakers like those used for computers.  I had a set in an old electronic junk box so I pulled them out and measured in order to figure out how to install them nearby.  I ended up building a small shelf with a front edge to hold them on and attaching the entire assembly to the thin wall under the track. 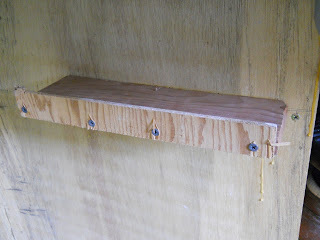 I followed the instructions and customized the announcements so they sounded like the real SP talking detectors I remember.  Since SP has been gone since 1996 and my memory is getting worse, I turned to the internet and found a site with some recordings of SP talking detectors (http://www.trainweb.org/eastbayrails/sounds.html)

Once it was all set-up, I mounted the circuit board on the benchwork.  I mounted it upside down  so the controls were easy to access, in case I want to change the announcement or make changes in the volume. 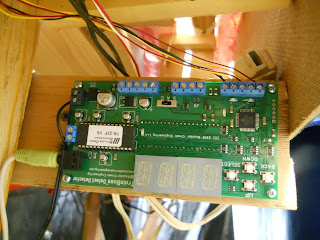 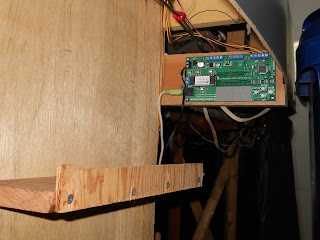 Here is the completed installation of speakers and board. 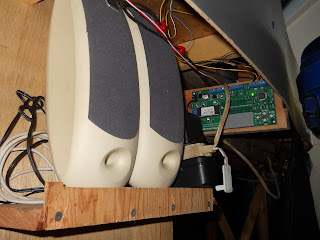 All of this is hidden behind the fascia and the curtains. 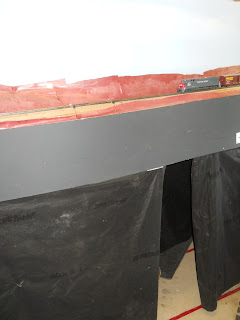 Here is a video of a train passing the detector.

It was a lot of fun to install and very simple.  It was a great diversion from getting the bugs out of my trackwork.  Back to work.
Posted by spsbsub at 8:08 PM

Backdrop: Thin wall acts as a backdrop. Thin wall is painted blue as are the room walls and ceiling.

Operating Crew: not operating yet. Estimated 6 -7

Train Length: SP freight train lengths are about 14 to 18 cars plus locomotive.

SP or Amtrak passenger trains depending on the time period operated.


Start with locals from Santa Barbara to Carpinteria and Goleta


Add through freights – some with block swapping at Santa Barbara

Add helper operations over Cuesta if third level is built

Special Features: The staging yards are designed following Byron Henderson’s “X-factor” article in Model Railroad Planning 2004. There are 16 staging tracks (7 east, and 9 west) ranging in length from 10’6” to 11’6”. These are connected to facilitate restaging. 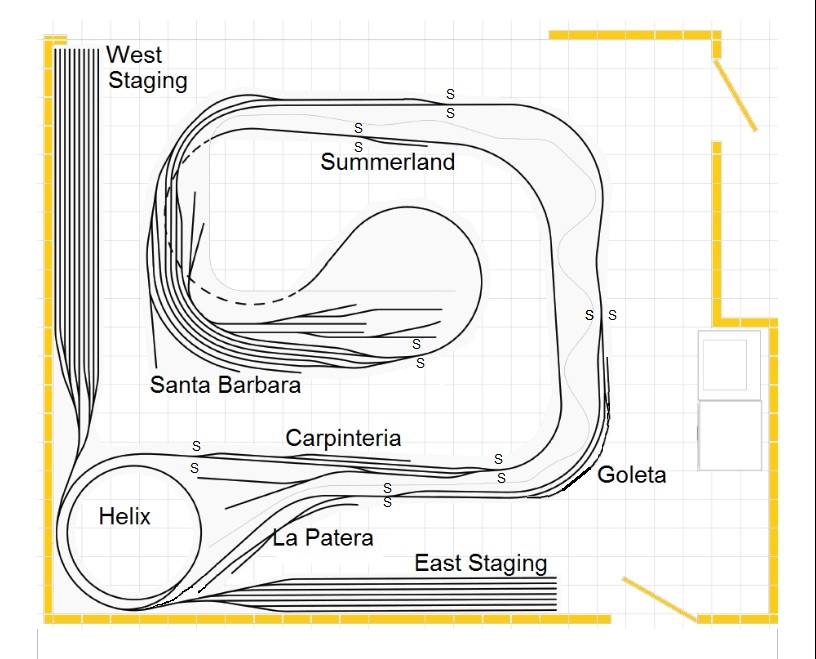 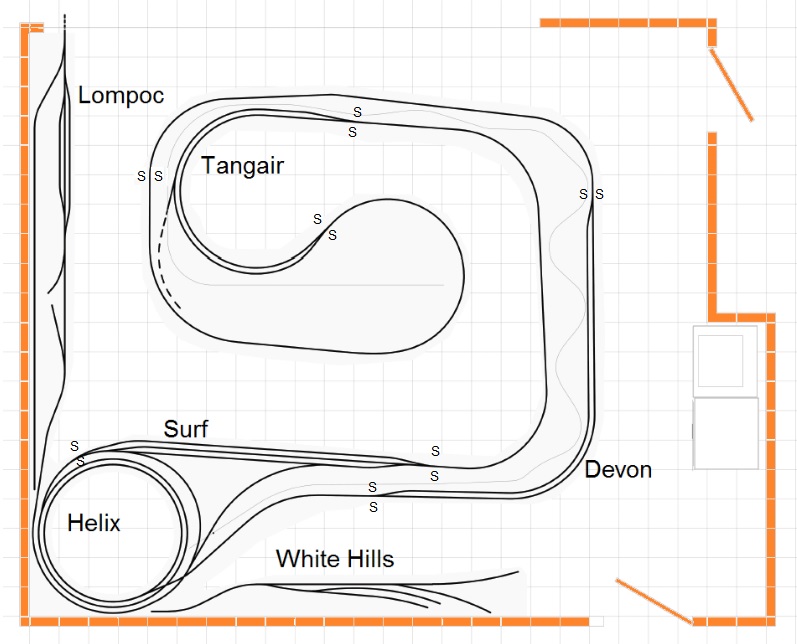